Last Thursday was supposed to be the Peacham meetup, but it was canceled because of rain. I was supposed to get together with ct since we hadn't seen each other in years, and just putter around Waitsfield. Instead, I kidnapped her and dragged her against her will to the NEK because that's where I was shooting and I am obssessive and wanted to shoot there more, even though it was raining.

The rain did come, but there were lots of breaks where it was barely drizzling, especially in the morning, and we got to see quite a lot of stuff and take quite a few pictures. I showed her a few ideas in terms of taking pictures and she showed me a thing or two as well.

Ct was very impressed with Carol's pictures from Seyon Pond, so I took her there last before taking her back. It was murky out so we didn't get pictures nearly as nice as Carol's, but the colors were still really nice.

BTW, I volunteered to take Ct to see a moose, since I knew she really wanted to see one -- I saw a couple of them on route 114 earlier in the week. But that would have required staying out after dark, and she wimped out.

Sounds like you made the best of the situation. Hopefully we will all be blessed with better weather next time.
Any pics you'd like to share with us?
Top

So.... Charles.....you forgot to add some of the roads we traveled which were gorgeous and where we got a bunch of outstanding shots. These were roads I traveled on with bm (her know how) and Al Utzig in 2010. I hope some of you get to drive these roads next year! Totally amazing! I went a bit nutso on Cabot Plains Road. Charles: Did we do East Hill Road in Calais? I forgot. Also, Charles took me to some very out of the way ponds in Woodbury as we started our trip and we also had some nice photos here!

When we got to Maple Corners we stopped at the Community Center where a florist was decorating the front entry with gorgeous autumn flowers in preparation for the 3 day Maple Corners Foliage Festival! We had a nice talk with the ladies and Winston, the English Setter! It was a great stop and we took some photos here! I wish I had time to go to the festival! It looked so darn cute. Maybe next year!

My favorite spot was Seyon Pond in the Seyon State Park! Wowzah and Yowzah! Was it gorgeous! Charles had a hard time pulling me away. There is a lodge there which might be a fun place to stay. Charles was even interested in dragging his wife there!

Anyway, I got a boatload of gorgeous reflections but with the low fog, we did not capture what Carol was able to do. The ridge behind the fog was not visible but the colors around the lake were beautiful. Besides Cabot Plains Road, this was the highlight of the day.

But, in ending I have two comments. Charles is the master of making lemonade out of lemons! He was so upbeat and willing to try everything and anything to get a nice photo AS WELL AS make this excursion exciting for me despite the mist, drizzle, spotty showers and fog, fog and more fog.

Charles definately would have taken me there and then driven me back allllllll the way home just so I could see a moose. Charles, you are a total sweetie for thinking of me and my moose quest, but really, it was so far and I would have fallen asleep when the moose appeared and then vanished!

It was a fabulous day and it was Charles who made it so worthwhile despite the weather. I learned so much from him and he is quite a talented photographer! It is a wonder he put up with me all day! I think I even added some shock value to the day which was quite enlightening for poor Charles!

P.S. Oh and I scared away some moocows when he was trying to photograph them because I am a cow/horse whisperer and I like to talk to farm animals. Oh well. We did get some nice photos of them anyways. I was talking to the baby cow and it got scared and ran to momma way out in the fields...... Yes, Charles put up with a lot that day!!!!

CT, you are a riot. Both in person and here.

So enthusiastic all the time. It's infectious.

We did have a great day. Seyon Pond is awesome and I am definitely staying at that beautiful lodge, right near the water, it's basically a B&B at state park prices.

CT likes to scare animals, lol. I just stand there and they come up to me.

As for the moose, I saw three of them on this trip, all of them between 1 and 5 am, but we probably could have seen one at around 9 or 10 pm if CT had been a bit more adventurous.... hehe.
Charles Kozierok - DesktopScenes.com

Don't really have time to go through all my photos from this trip right now, and I generally hate posting shots without processing them. But I know y'all want to see where we went, so here's a few from the day. Far from the best I got on this trip, but pretty good for a "washout" day. 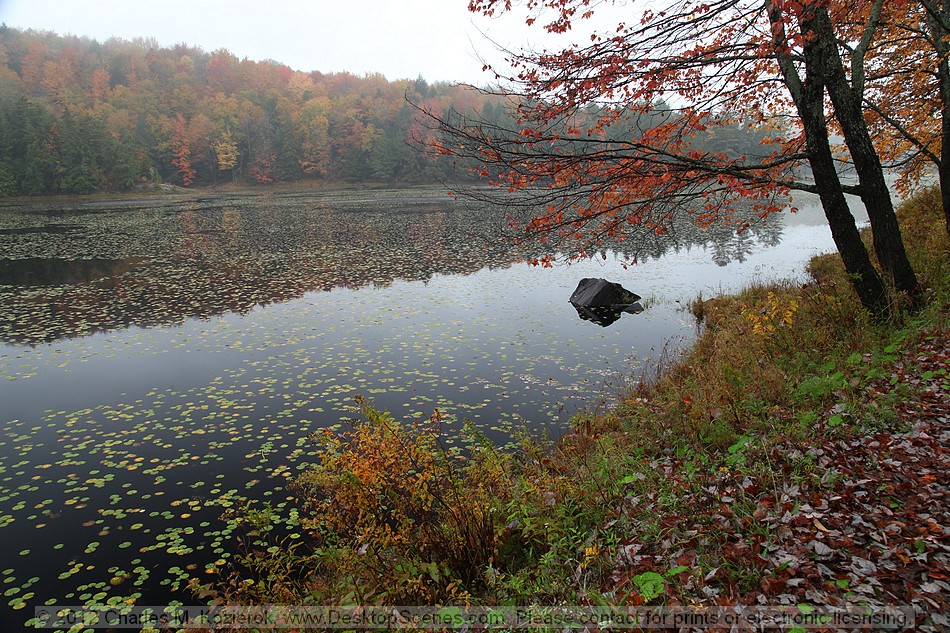 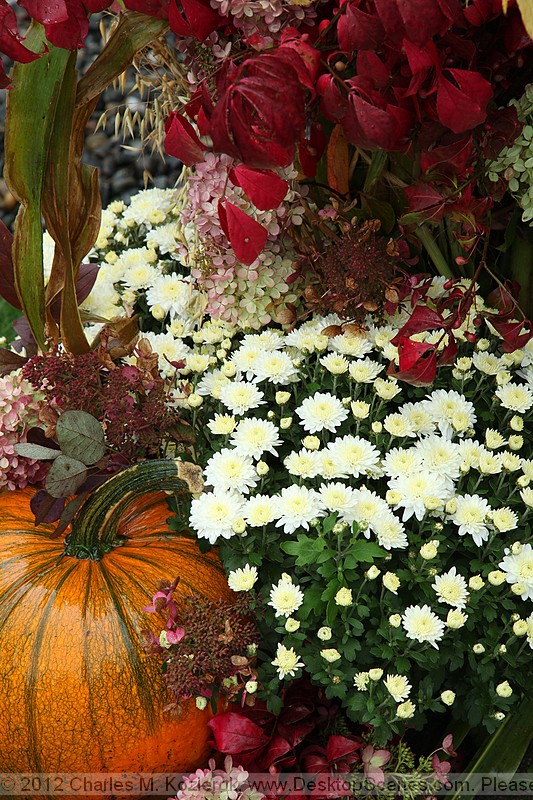 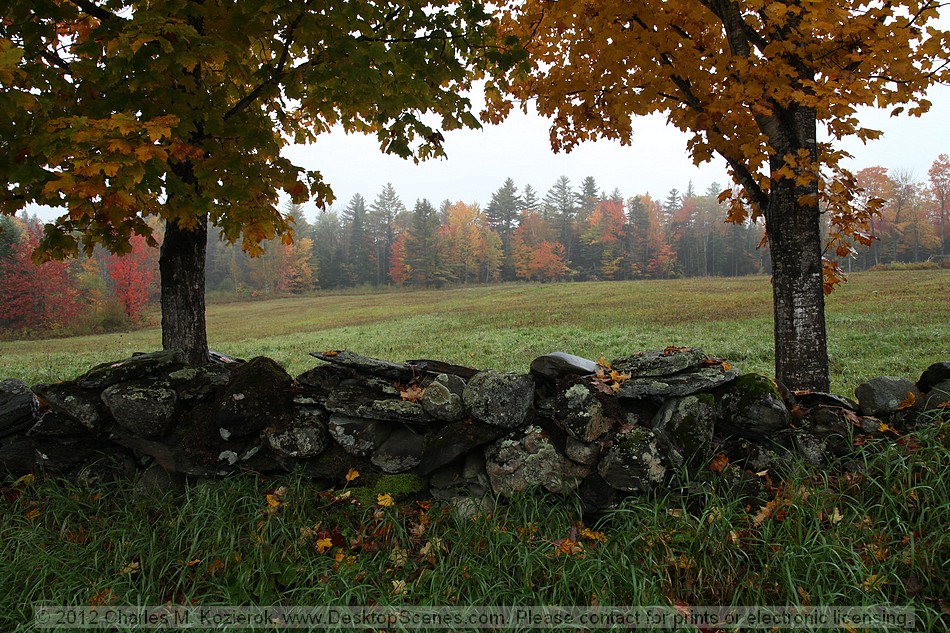 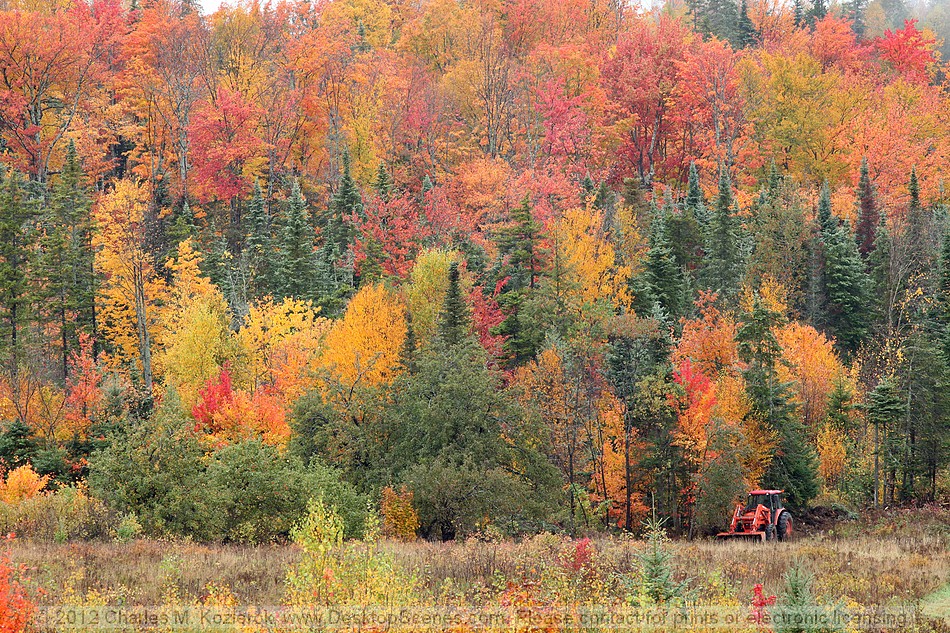 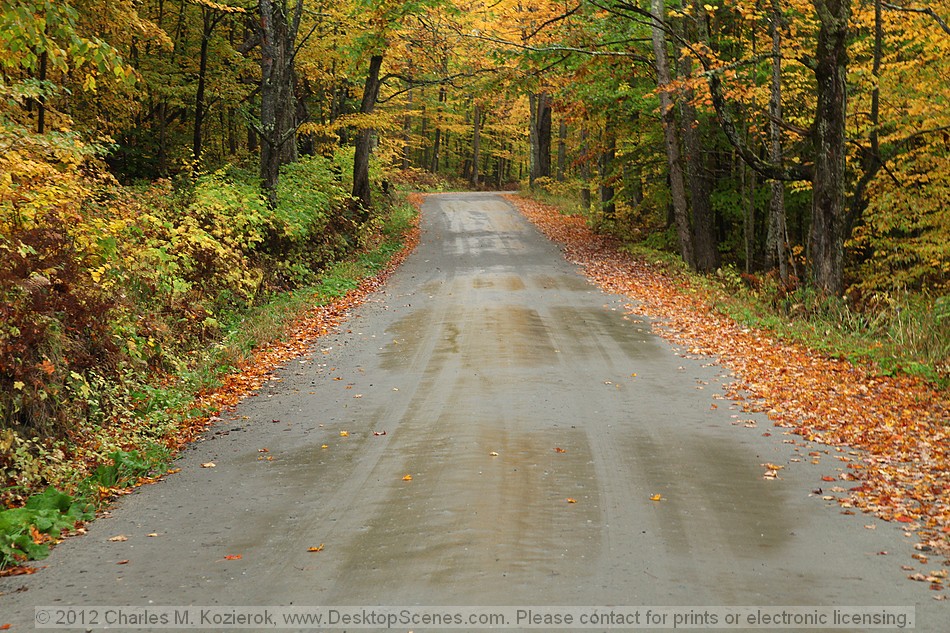 This is the website for Seyon. I really think I just might want to stay there for one weekend before or after the inn! Would be so fun to get a group together to stay at the lodge, sit by a roaring fireplace in the evening and share stories with a nice glass of CowTippers Wine, have our meals there and hike, etc. It would be a blast!

The order of Charles' photos are, and Charles correct me if I am wrong:

Pond in Woodbury (don't know the name, it was a lilly pond for sure), closeup of the Maple Corners Community Center fall decor for their fall foliage festival, Ducharme Road in Cabot, Cabot Plains Road in Cabot (notice the tractor? this field was on fire, we were here a decent amount of time), don't remember where this back road was and the last was Seyon Pond.

What a great day indeed!

You got most of them! I need to figure out how to download my GPS data and tag my photos and then I can fill in the rest.

We also stopped at Burtt's Orchards in Cabot, http://burttsappleorchard.com/, and the girl there said that at the top of the hill was a magnificent long view but the fog impaired this for us. I think it went into Ducharme where the rows of maples kept going and going along the stone fence. Charles stopped to take some photos way into the field at the orchard, but I stayed in the car because of the heavy drizzle.....

ohhhhhh and I loved those heated seats. It saved me from the big chill all day!